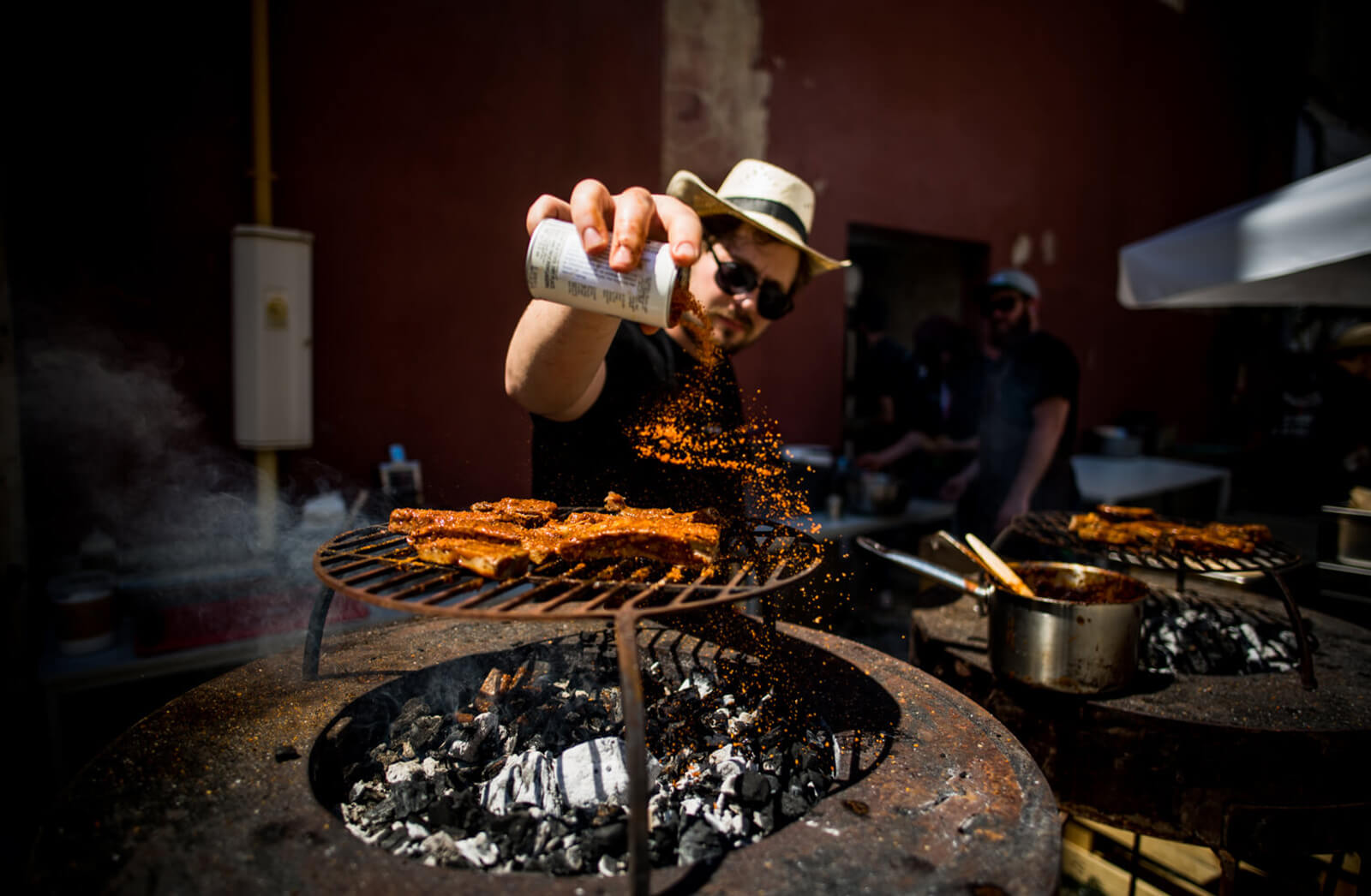 The street food festival that brought fine dining to the streets

Dozens of renowned national and international cooks were inspired by knowledge and traditional flavours and presented innovating and delicious street food suggestions to the thousands of people who visited the HUB Criativo do Beato, in Lisbon, for two days.

At a sharing party promoted by Sangue na Guelra, heavy heights of the national and international gastronomy came together, such as Joan Azorit, Leandro Carreira, Leonardo Pereira, José Avillez, Michele Marques, João Oliveira, Henrique Sá Pessoa, and Pedro Pena Bastos. It was a weekend to celebrate the best signature cuisine in a relaxed and urban environment.