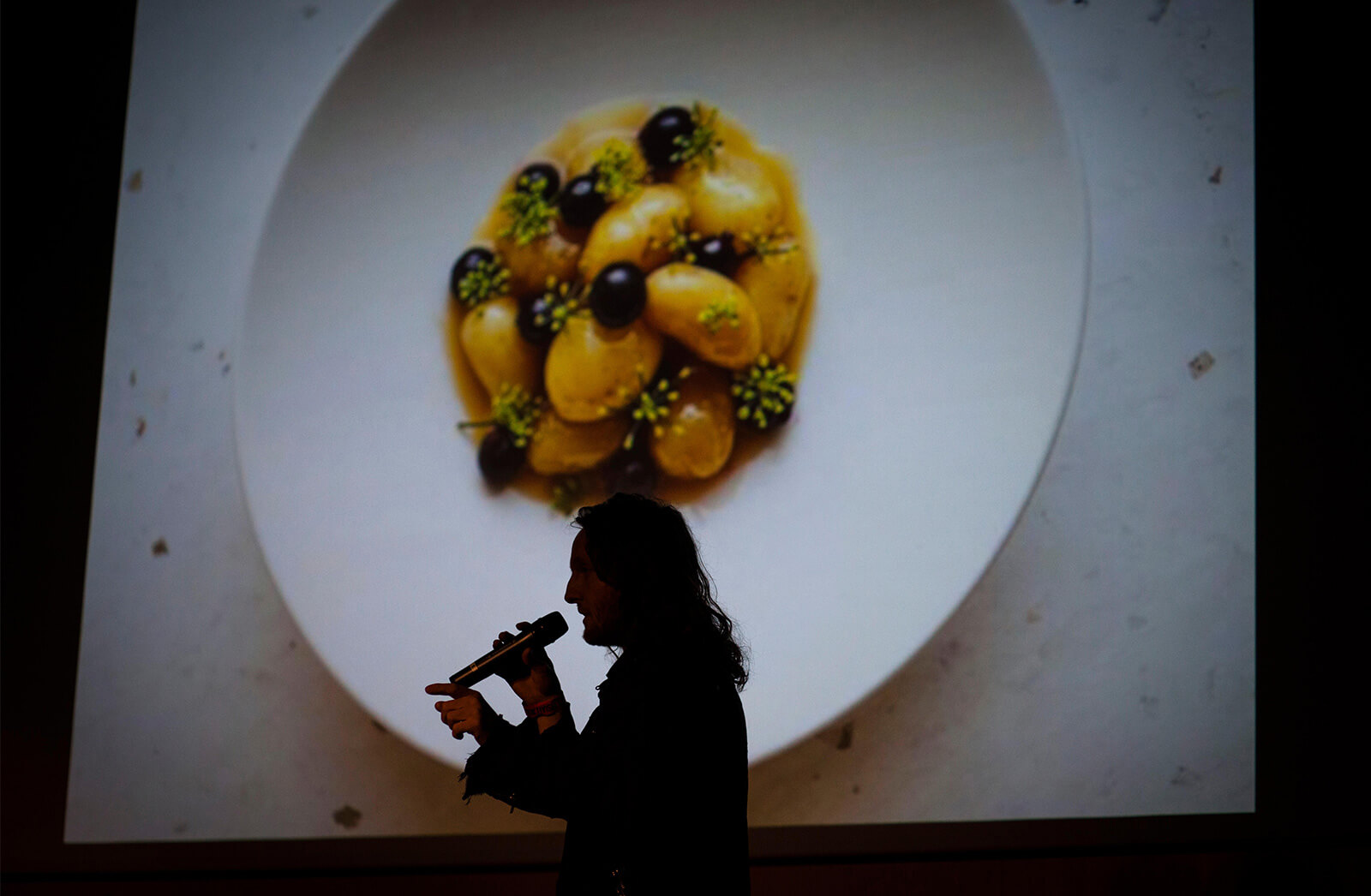 The Symposium that restarted the debate over gastronomy in the country

Shaking up the gastronomy scene with blood and guts

In 2013, we changed the rules of the game; we were the first European event to put its sous-chefs and the new generation of cooks in the main stage. We meant to be inconvenient, to talk about things nobody wanted to talk about, and to touch the open wound of sustainability. Being activists and shouting at top of our lungs that gastronomy is culture, that gastronomy is knowledge. We decided to act, to promote discussion, to be a communication channel between respected chefs and cooks from the new generation, between producers, journalists, researchers and all the main players of the field. That was how the Sangue na Guelra Symposium was born. Decidimos agir, promover o debate, ser um canal de comunicação entre chefs conceituados e cozinheiros da nova geração, entre produtores, jornalistas, investigadores e todos os principais players do sector. Assim nasceu o Symposium Sangue na Guelra.

We received the most important players of global gastronomy: we gathered Alex Atala, Joe Warwick, Enrico Vignoli, and Pierre Lurton, among hundreds of other international guests. But we also looked inside and decided to appeal for union, with the Manifest for the Future of Portuguese Cuisine (Manifesto para o Futuro da Cozinha Portuguese), in collaboration with more than 30 personalities. We did a lot but want to do much more. That is the spirit of Sangue na Guelra.